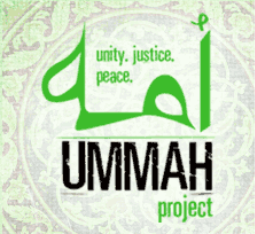 The Ummah Project is thrilled to lead the development of the Ummah Center!

Founder and the President

is the co-founder, President and Executive Director of Ummah Project.  Saciido Shaie was born in Somali and came to America with her family in 1992 as a refugee. She is a former teacher of Arabic and Islamic studies at Abubakr al-Sadiq Islamic Center
Saciido has been a community leader and political activist for the last 10 years, and recipient of the 2006 National Community Award. She sits on the steering committee for the Parent Leadership for Child Safety and Permanency with the Minnesota Department of Human Services and PCAMN.
Saciido Shaie is also a member of the Minnesota Juvenile Justice Advisory Committee appointed by the Minnesota Governor; a member of the Minneapolis Neighborhood and Community Engagement Commission; and a member of the Cultural Ethnic Communities Leadership Council.
Saciido Shaie is a graduate of Metropolitan State University with a Degree of Social Science and an Urban Education, she also has Associate of Islamic Studies. She is currently seeking to complete her Master in Public Policy.
• Saciido Shaie Appointed by the MN Governor as the MNYWI (Young women Initiative Council) Working Group Governor Dayton, Lt. Governor Smith Partner with Women's ...
Saciido Shaie.....
• mn.gov/governor/newsroom/?id=1055-261268 Oct 25, 2016 - Young Women's Initiative Council –
• Appointed by the Minneapolis Neighborhood Engagement Commission and serve as the vice president
• Appointed by the MN State council to lead and represent the State nationally as the DMC CJJ for the Midwestern region
• Served the MN DFL Party 5th Concretional District as a director
• Become a state Delegate for the MN DFL Duluth gathering
• Served as the Minneapolis DFL as the Fundraising Director
• Founded and lead the Ummah Project, a Nonprofit organization working to empower and educate Somali Youth
• Co-created the MN Parent Advisory for the PCAMN and DHS
• Authored number of Bills
• Spoked and organized many community events
• Motivational speaker, many of her videos are in YouTube
• Received many awards including the highest DFL award ever given to an individual her age (The DFL Women Hall of Fame Rising Award)
• Saciido is an Author of an upcoming Book called “Through the Eyes of a Young Child” which will be publish 2017

• Saciido Shaie spoke on behalf of the Somali Minnesotans particularly the Youth and there are many articles, and interviews by major news outlets such as Aljazeera America, BBC World Services, CNN, Fox, VOA, Star-Tribune, MPR, MinPost, NYTimes, The Atlantic, The Guardian, The Africa Paper, CQ Researcher (Congressional Quarterly: CQ Researcher provides award winning in-depth coverage of the most important issues of the day) and many more.

Saciido Shaie in the News